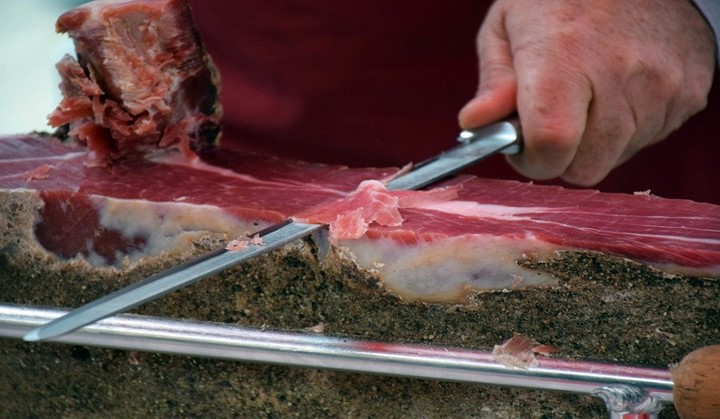 Prosciutto is a delicate sweet ham that is usually thinly sliced and intended to be eaten raw. The word prosciutto is the name used to describe Italian ham. However, it is also used to describe cured air-dried ham that has been seasoned. Although true prosciutto is made in Italy, other places are making their versions too. Prosciutto Crudo is raw and safe to eat because it undergoes through the curing process. Prosciutto Cotto, on the other hand, is cooked. In Italy, the prosciuttos are named according to the provinces or cities that they are produced. If your recipe calls for prosciutto and you don’t have access to it, then you can try the following substitutes. Ham is a good alternative for prosciutto because of the similarities in taste. Besides, it can be sliced thinly and used in sandwiches. The only set back about ham is that it is not as salty as prosciutto. But this is something that you can easily solve by adding more salt. Besides, Ham is the best option to use in salads, pasta, or even when you want to wrap the vegetables. Use ham in equal proportions to Prosciutto. Both smoked ham and black forest ham can be used.

When it comes to taste, ham makes the best alternative for prosciutto. You can substitute prosciutto by the use of a thinly sliced bacon. Just like prosciutto, this bacon should raw but cured and smoked. Blanch the bacon into some boiling water for a few minutes instead of frying. Wait until your bacon becomes tender and translucent. The next step is rinsing your bacon making it ready to serve your recipe.

The best thing about smoked bacon is that it comes in different varieties such as apple and maple. This will allow you to choose your best option.

Thinly sliced bacon can be cured and smoked hence giving you a similar taste to prosciutto. The pancetta will also provide you with a similar taste to prosciutto. This is mainly because it is cured using spices and salt. The only difference is that you have to cook your Pancetta first even though it is cured. Also, if you are going to use the pancetta on a cold dish, then I recommend waiting for it to cool first. This important because it helps the flavor to blend in well with the other ingredients.

Pancetta makes a good substitute because of the ease in preparation. The flavor does not differ that much either. Just like prosciutto Capicola also has its roots from Italy. It is obtained from a dry-cured pork neck or shoulder. Besides, you can find this substitute in a nearby grocery store deli. Since Capicola is mostly cut fresh at the counter, then you can specify that you want thin slices. Doing so will get you something closer to prosciutto in terms of appearance.

You should not use sweet cure Capicola because it has a different taste.

Capicola and prosciutto have many things in common. For example, they both have roots from Italy and the can be sliced into the same size and shapes.

Can you Substitute Canola Oil for Vegetable Oil?

Substitute for Oil in Brownies Mix