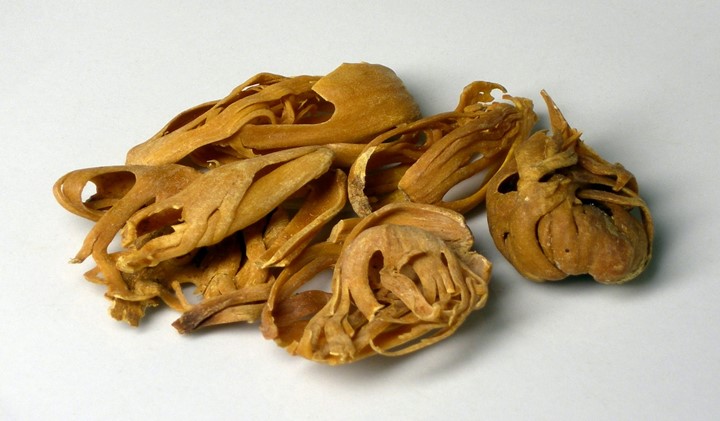 Mace is a type of spice used in preparing different delicacies. As surprising as it will sound, mace is harvested in the same plant that nutmeg comes from. Because of that, many people don’t know which is which because the flavors of the two are also similar. The difference between the two that will make you distinguish them is; the nutmeg a form of a seed while the mace is the part that surrounds the nutmeg seed. Usually, before harvest, one can tell that the stick is red, but due to the process of separating it and drying, it changes its color to yellow-orange.

It has a strong taste, smells, and it is sweeter compared to nutmeg and also contains cinnamon notes. You can access it in whichever form that pleases you, which may either ground mace or in blades that are in full. As a spice, it can be used in a variety of dishes, which may include soups, rice dishes, pies, and also cobblers. It is a part of the widely known garam masala and a prevalent widely used ingredient that adds flavor in the Indian cuisine.

It has different uses like it can be used in desserts to add flavor. Using it with chocolates, cherries, meat dishes, vegetables, grains, and apple blends well, and it comes outright. People who bake add it to apple pie and pumpkin pie and also mix it into cookies, and it brings out a delicious flavor. Various people use it according to their preference, for example, some people use it to add flavor in their beef and kinds of seafood while others use it to season their fruits and desserts and many more, including soup dishes. A quick reminder if you are buying mace the best choice is the whole mace rather than the ground one. This is because the ground mace loses its flavor quickly than the entire mace. As mentioned earlier, nutmeg and mace are extracted from the same plant; the only difference is the parts from which they come from. The nutmeg is the seed that is surrounded by a membrane, which in this case, is the mace. Due to their extraction from the same plant, both have similar flavors, but a slight difference, which is the nutmeg has a stronger flavor, more smell, and a distinctive sweet taste. Just like the mace, it’s used to flavor foods like puddings, meat, sausages, baked foods, and many more, including some beverages.

If you are considering a substitute for mace, the nutmeg should be your first choice. As you have noticed, they share the same flavor, but the level of sweetness is different. Just the nutmeg is another delicious spice that is extracted from the inner bark of a tree. To be specific, this tree is scientifically referred to as cinnamon. History says that this is one of the oldest spices used as it was used in times of Ancient Egypt. At this time, it was being used as a present for the royal families. If you want to extract this spice, cut a stem of the tree and get the inner bark and dries it, which then results in rolls of the bark, which are referred to as the cinnamon sticks.

In a recipe that requires nutmeg, one can replace it with cinnamon the same amount. This is because cinnamon is as sweet as nutmeg but a little bit more delicious since it can replace sugar that was in the recipe. This spice can be substituted for mace very well. It’s only the sweetness that will differ. Besides, it is essential to note that cinnamon should be used half of that, which is recommended for both mace and nutmeg. The reason behind this is that the cinnamon spice has a robust flavor.

Also commonly known as the Jamaican pepper, allspice is a spice that is similar to the nutmeg in terms of the taste so it can be used to replace mace in a recipe. It is extracted from berries of a tree known as the pimento dioica. It has a flavor that some people describe as a combination of the nutmeg, cinnamon, and pepper.

Like the above-mentioned spices, allspice can be replaced with the mace in the same ratio since its flavor is like that of the nutmeg. It can be used to season and flavor foods and desserts and even some beverages. This is one of the widely used spices in the world. It can be acquired in different forms, which can either be in dried form or ground. It is used to prepare various foods like the above-mentioned spices and can be used to substitute mace in the same ratio. Different from the nutmeg, it doesn’t have that sweeter flavor, and it is a little bit spicier. Unlike the stick, it cannot be used in desserts because of its less gentle nature.

Any spice that can substitute the nutmeg can do so for mace, and therefore, ginger does the same. With the nutmeg, the substituting ratio is the same, but with the mace, it’s slightly different. This is as a result of its durable spicy flavored nature.

Many people will think that since it’s known as the pumpkin pie spice, then it has the taste of a pumpkin, and it’s used for making pies, but that is not the case. It is usually made using other spices like the nutmeg, ginger, cinnamon, and allspice, and other times, it may include cloves. Like the different spices that contain nutmeg and other spices that can replace mace, then it can be used in equal amounts as the rest.

It is imperative to note that as much as we are saying that these spices are to be replaced in equal amounts, one should start adding the spices in lesser quantities and increase them to fit their level of taste.