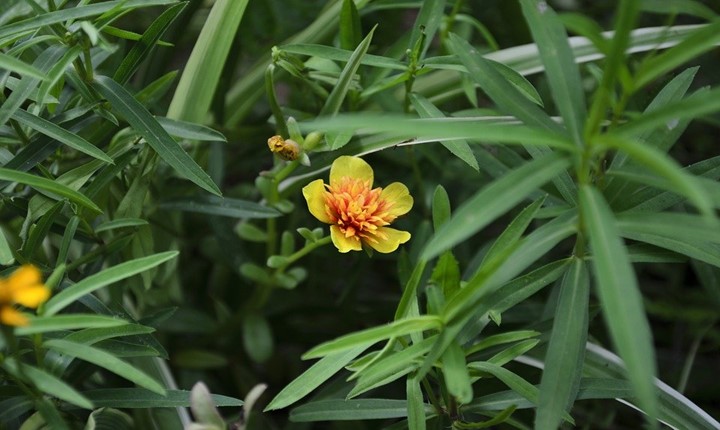 Tarragon is a perennial herb that exhibits grass-like growing habits. There are Russian and French varieties of tarragon. However, the French variety is the one that is mostly used to cook flavor. Its skinny leaves are highly prized because they are very flavorful and aromatic. Most fresh dishes mostly rely on this perennial herb. For example, it’s very important when it comes to preparing Béarnaise sauce. Unfortunately, it’s almost impossible to replace Tarragon in Béarnaise sauce. But if you come across any other French dishes that require Tarragon and they contain cheese, fish, chicken or eggs then making a substitution will be very easy.

Before making a substitution it is important to know that people love this spice of its tarragon taste. The taste is almost similar to anise and licorice. Apart from making tasty French dishes, Tarragon has many health benefits. It contains very fewer calories and lots of beneficial nutrients such as Carbs, Manganese, Iron and potassium. This perennial herb helps to decrease blood sugar, improve sleep, Increase appetite, relieve pain and it has some antibacterial properties. Chervil is the closest herb to Tarragon in terms of scent and Aroma. But it does not have a very strong taste. This herb has a milder flavor than tarragon, licorice, and anise. With that in mind, if you will have to replace tarragon with a ratio of 2:1. The classical béarnaise sauce made using tarragon can also be prepared using Chervil. Furthermore, it can also mimic the taste of chives and parsley.

Apart from its excellent performance in the kitchen, Chervil has a lot of health benefits. There is no better way to replace tarragon than with an herb that poses similar health benefits. Just like parsley and tarragon Chervil is also a low caloric herb. Both its leaves and stems feature high amounts of vitamins, antioxidants, dietary fiber, and minerals.

This herb also contains volatile oils such as methyl-eugenol. Since it contains antiseptic actions then it can be used as an antiseptic agent to treat patients with teeth and gums problems. When dried this herb becomes a powerhouse for great minerals such as calcium, Zinc, Iron and Potassium.

Chervil is a good substitute for chervil thanks to its similar scent, aroma and health benefits. Both chervil and tarragon exhibit similar characteristics. This has almost twice the flavor of fresh tarragon. Fennel seeds are a good alternative for tarragon because of its taste. The only problem is that it has a very strong taste. If you want your dish to turn out great then I recommend using just a pinch of fennel seeds to replace a full spoon of tarragon. When it comes to versatility, fennel seeds are very parallel to Tarragon.

These seeds are mostly used to garnish dishes such as pork. It gives them a delectable and intense taste. Fennel seeds are highly nutritious just like the other alternatives. Some of the nutrients found in fennel seeds include manganese, potassium, iron, magnesium, vitamin C, calcium and fiber. These seeds are also low in calories but they contain very important nutrients needed by our bodies. Also, fennel seeds contain very powerful plant compounds such as antioxidants. Studies show that people with a high intake of antioxidants have a low risk of suffering from conditions such as obesity, cancer and heart disease.

Although fennel seeds have twice the flavor, it can be used as an alternative for tarragon.
Fennel seeds also have a similar taste to that of Tarragon. You can easily find them in supermarkets across the world.

Basil has a flavor almost like that of Tarragon. This herb is very popular and can be found in many places such as groceries, supermarkets or even your garden. It has a milder flavor than chervil. Fresh basil leaves are the best to use as an alternative for tarragon because they have a stronger taste and aroma.

Replace tarragon in your recipe by using two tablespoons of basil. Since only a few amounts of basil are needed in a recipe, it contributes to a few important minerals and vitamins. One tablespoon of basil will contain the following nutrients, manganese, calcium, iron, calories, vitamin A and vitamin K. Basil also exhibits a lot of health benefits such as reducing depression, memory loss, blood pressure and also relaxing the blood vessels.

Basil is an ideal substitute or tarragon thanks to its similarities in taste. They also have almost similar nutrients and health benefits. Furthermore, Basil is easily accessible and cheap when compared to other eligible substitutes of Tarragon. Angelica is also an herb that belongs to the parsley family. It’s used as a traditional flavor enhancer for foods such as desserts, candies, liqueurs and also for cake decoration. This herb is mostly used for baking but it also makes a good substitute for Tarragon.

Using Angelica as a substitute is very easy as you will replace it in equal amounts. Angelica contains numerous nutrients such as volatile oils, vitamins, valeric acid, and antioxidants. All these nutrients are important when it comes to skincare. Apart from the skin, Angelica has many other hair benefits. For instance, it has been used for many years to prevent and also treat hair loss.

Other health benefits of Angelica include easing PMS symptoms, digestion, and also keeping aware of some diseases. If you are looking for a substitute for Tarragon with numerous health advantages then Angelica is the right way to go.

Why not substitute Tarragon with another herb belonging in the same family? Angelica and Tarragon share the same family hence they share so many characteristics such as the aroma and flavor.

Tarragon is very useful for preparing French dishes when both fresh and dried.

Marjoram is the most suitable substitute for dried Tarragon thanks to its sweet flavor. It is even more suitable for soups, stews, dressings, and sauces. Alternatively, we can use dill to replace dried tarragon. It is a member of the celery family with a bitter taste that does not match with licorice. Dill is more suitable for fish and meat delicacies. Both Marjoram and dill are very nutritious. Use one tablespoon when replacing when substituting one tablespoon of tarragon

Marjoram or dill are the best substitutes for dried Tarragon. Both are easy to find in groceries and supermarkets. Other alternatives that you can use include dried Oregano and dried Rosemary.