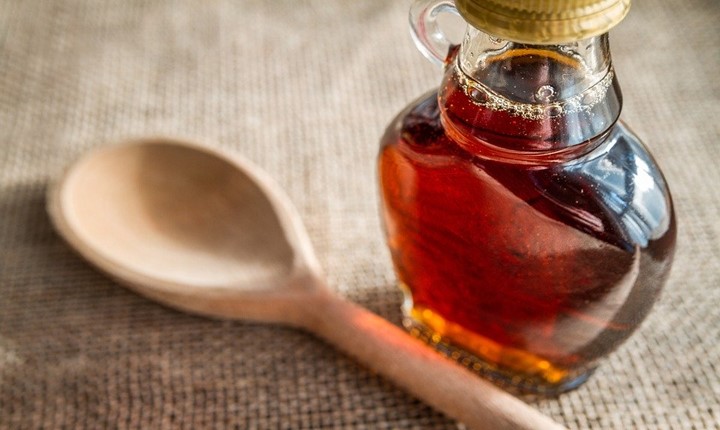 Maple syrup is a sweetener that is obtained from the maple tree sap. Most of its products currently are from Canada that is around 80%. It is has a lot of sugar but healthier than normal sugar. The syrup is made by extracting sugar maple trees where then one boils the tapped syrup to produce a thick syrup. One may confuse maple syrup for sugar but the difference comes in where maple syrup contains minerals and antioxidants. It contains minerals such as Calcium, Potassium, Zinc, Manganese, and Iron. It is imperative to note that maple syrup is almost all sugar therefore people should not consume it in excess because it can cause health problems.

Maple syrup health benefits come with the minerals it contains that is; Manganese which helps in energy production, Magnesium helps to lower heart diseases, Potassium helps with the regulation of blood pressure, Zinc aids in one’s immune system and Calcium improves and strengthens bones and teeth of consumers. This syrup is used as a sweetener, flavoring agent, an ingredient in baking and also it can be used as a condiment for, pancakes, waffles, oatmeal, porridge, and French toast. It has a very unique flavor and many prefer it for that condition. It adds mild sweetness and a natural earth flavor in one’s dish. Honey is a good alternative for maple syrup just that it’s a little bit expensive but if you have it in the house it’s better. The taste of your final dish, however, will be a little bit different so the ratio of substitution matter and varies for that is what will make your dish taste similar to that which has maple syrup. Comparing the sweetness of the two, honey can’t match the sweetness of maple syrup so, when substituting use one cup of honey and ½ cup of sugar to replace ¾ cup of maple syrup. Honey has a similar texture to that of maple syrup which makes it’s the best to use as a topping for pancakes. When preparing pancakes with honey, however, the ratio of maple syrup should be substituted with an equal ratio.

Just like maple syrup hone has a lot of health benefits too. It contains antioxidants that help in the reduction of heart risks, some type of cancers and strokes. For people with diabetes however, this is not their substitute since honey raises blood sugars. This is also a good replacement whereby the ratio of substitution is one cup of molasses for one cup of maple syrup. Molasses is produced from sugarcane or sugar beets and it is widely found in places where the climates are warm since that’s where sugarcane grows. It is normally a thick and dark liquid which is cheaper and easier to find than maple syrup. Similar to maple syrup this is also a sweetener.

Molasses contain a lot of minerals and nutrients and because of these, it helps in bone health because it is rich in Iron and Copper. Its richness in Potassium helps it to maintain heart health and also it helps to stabilize the levels of blood sugar in adults. It is also proven to contain antioxidants.

This is a good substitute, especially when preparing pancakes. This is not the best substitute however it can work if you have run out of maple syrup. It is not the best because sugar doesn’t have the sweetness of the syrup and also because of its difference in nature maple syrup is in liquid form while sugar is in particles. For it to be a good substitute however, the ratio should be 2/3 cups of maple syrup to be replaced by 1 cup of sugar.

Brown sugar syrup does not contain a lot of minerals so its health benefits are very minimal however people use it as a substitute for its flavors. It contains the caramel notes and extracts its flavor from the content of molasses within it. It is fundamental to note that it is prepared by adding molasses to the already refined and processed sugar.

This one of the best alternatives of maple syrup one, because it is affordable, prepares foods and acts as a sweetener just like the maple syrup, acts as a thickener and lastly a humectant. It is one of the most important ingredients in preparing foods for commercial purposes. An example of these commercial foods includes pancake syrup. Most people use it to soften the texture of their foods, add volume and enhance flavor. It mostly used in foods that are baked where it provides the browning and moisture retention properties. It is also used in beverages and foods due to its sweetness and flavor.

Corn syrup has a similar texture and sweetness as that of maple syrup but the flavor of the dishes is quite different as corn syrup is not flavorful. The ratio of substitution is one cup for one cup. It contains minerals such as carbohydrates, Zinc, Sodium, and VitaminB1 and it’s imperative to note that too much consumption brings health risks. Just like all the above-mentioned substitutes, Agave nectar is also a sweetener and it is replaced in equal amounts of that of the maple syrup. It is extracted from the sap of agave plant which mostly is found in Mexico. It has a taste similar to that of honey and maple syrup but it’s a bit lighter and pure in taste. For honey, its taste is strong, maple syrup has a woody taste and agave nectar on the other hand simply has a sweet taste. It is mostly used in baking, flavoring and adding to a cup of coffee.

The above-mentioned substitutes cannot be used with people suffering from diabetes for their high levels of sugar. Agave nectar, however, can be used by them because it contains a low glycemic index where it breaks down slowly hence does not rush the insulin. In addition, it also contains saponins that have anti-inflammatory effects. For people trying to lose weight, they can also use this substitute since it contains insulin which causes a decrease in appetite.

Substitute for beer in recipe