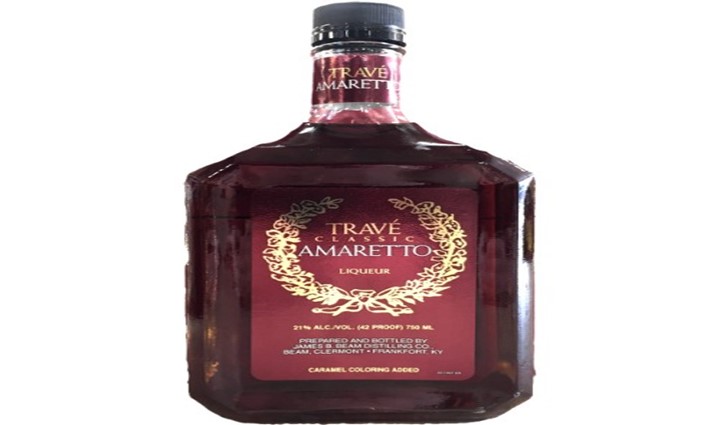 This is a type of liquor that has a distinctive almond taste and is used as a drink, especially as a dessert drink; many bartenders also use it as a mixer, and for the coffee lovers, they also add it to their coffee. This amaretto liquor has a sweet almond flavor, and it’s majorly used as a very crucial ingredient when making cocktails and also as a baking ingredient in most of the baking recipes. It is made from almonds that are bitter, and it originates from Italy, so when ordering much order for the Italian liquor. Like liquor, it contains a high level of alcohol, which ranges from 24% to 38% of volume. As much as it contains alcohol, it contains some health benefits such as; it tries to lower one’s stress and anxiety, helps to reduce heart diseases, and can also prevent one from a stroke. One distinct character about this liqueur is that it one of the sweetest of all the liqueurs there is with its almond-flavored taste and scent.

This is one of the best amaretto substitutes you would like to try out since, just like the amaretto, it has alcohol in it, and the flavor is a little bit different but close to that of the amaretto. This substitute gets its slightly different flavor from its nutty flavor. It is vastly known for its flavoring characteristic /agent in baked stuff like cakes, muffins, coffee, and similarly to the amaretto, and it’s used to make cocktails. Another reason that makes it best for substitution is its sweet and nutty taste, which ensures that the flavors of the two do not have a large flavor difference.

The most important thing to note about hazelnut liqueur as a substitute is that it’s used in all the delicacies and drinks that amaretto is used to prepare, and the most fundamental part is that the flavors of the two are almost similar. Both are used in cocktails, adding flavor to coffee, and lastly, they are all used in baking for their distinct sweet almond flavor and nutty flavor, respectively. This is an extract that is got from or rather made from almond oil, which has been mixed flavorless alcohol, which is ethyl. This extract is a condensed liquid which, just like the amaretto, has an almond flavor, which is distinct in all the foods it prepares. The almond oil that is preferred to make the almond extract is the bitter almond oil instead of the sweet almonds for the bitter one contains more of the almond flavor. When substituting one for the other, one should consider the portions such that one uses a teaspoon of almond extract to replace a tablespoon of amaretto.

If one is allergic to nut, don’t use the real almond extract since it is rich in the nutty flavor. What should be used is vanilla or a banana, but one should note that the use of non-nut extract may alter with the last flavor of your drink or food.

Another ingredient in a baking recipe like the hazelnut liqueur is the marzipan, which is sweet and delicious, and that’s why it is used to bake cakes mostly. A very interesting fact is that this is also made with almonds; that is, it is a mixture that is well blended with; sugar, egg whites, corn syrup, and ground almonds. Marzipans flavor is candy-like, and the egg white that is used to prepare it makes it distinct since it gives it its smooth and moldable character.

A crumbled marzipan is a very good substitute for the amaretto, especially for people who do not take alcohol for one reason or another. This ingredient, as mentioned above, is used in baking recipes, and it flavors all its baked products, which are very similar to what amaretto does to its products too.

This is an Italian flavor ingredient or component that is used to make cocktails, tiki drinks, and fountain drinks. Some people normally know or refer to it as the French Orgeat, and it’s simply an almond syrup that has been sweetened and contains an additional orange flower water. It is majorly made of almond oil and water, and the two are mixed although they are unblendable, they end up forming a milk-like mixture. Similar to the marzipan, this ingredient is non-alcoholic and is used as a sweetener for drinks that are mixed, and it’s the best substitute for amaretto as it contains almond extract, sugar, and orange flower water which gives it a similar flavor to that of the amaretto.

As much as the two can be substituted for each other, it’s important to note that amaretto is more expensive than the orgeat syrup. Another thing to take note is that amaretto has alcohol while the other is non-alcoholic.

This is a very good alternative for the amaretto, especially to the people whose preference is of slightly different flavor but with alcohol. This simply is a combination of coffee and alcohol and the addition of sugar, which softens the alcohol taste. The most effective coffee liqueur is the Kahlua, which has features of being sweet and syrupy. It is used just like the amaretto to prepare cocktails and also to bake dessert and as a topping for cakes. An example of cocktails this liqueur prepares to include; expresso martini, black Russian, and Colorado bulldog, among others.

For those who love coffee, this is the best substitute you can use for amaretto in your drinks. This is a type of liqueur that tastes like chocolate, and just like the above substitutes, it is used to make desserts, and to mix drinks, it brings out a very classic flavor in one’s drink. This liqueur is made up of three distinct types, which are cream liqueur, cream liqueur, and lastly, crème de cacao.

The best type that can be substituted for this case is the crème de cacao, and this is mostly used by those people who still need alcohol in their desserts and drinks and their baked products.