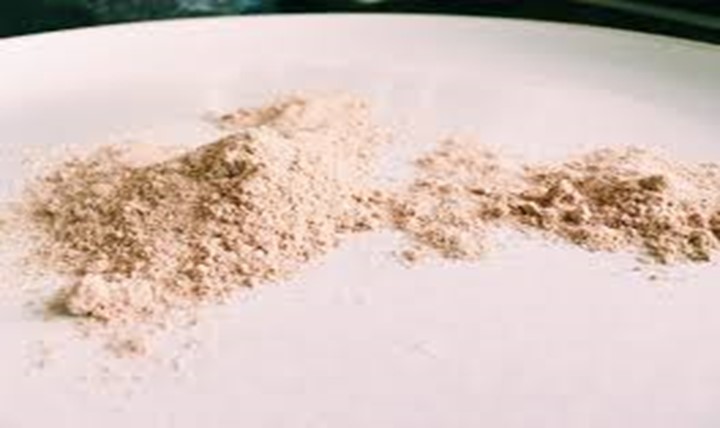 For a long period, psyllium husk is being used to improve the well-being and overall health of the users. Sometimes it is known as ispaghula. Psyllium is mainly grown in India and is produced by Plantago Ovata, which produces around 15,000 seeds per plant. The fiber assists in drawing water into the intestines helping indigestion.

In the contemporary world, it has been scientifically proven to be a fiber most effective in maintaining digestive health. Psyllium husk has health benefits, low levels of cholesterol preventing heart diseases, healthy digestion, manage blood sugar levels, and managing diabetes. However, for beginners in using psyllium or using in excess, it has its side effects like stomach pains, cramps, nausea, loose stool, and vomiting. Flaxseed is also known as linseed. Flax is grown in Asia, the Mediterranean, and Europe. It’s a fiber crop and a portion of food from the flax plant that has been in use for a long time. The flax plant contains strong fibers, which made it possible for woven linen. Flaxseeds are rich in oil, soluble fiber, and phytoestrogens. The seeds are sometimes crushed to produce flaxseed oil and can also be consumed alone. The seeds have been used in bread and cereals. With time, people have come to learn about the health benefits provided by this plant, and some use it to supplement their food or ingredient for their different dishes. This has gotten to a situation where flaxseeds are included when producing pet food. It contains various nutrients like fat, proteins, carbohydrates, fiber, magnesium, and phosphorous. The health benefits associated with flaxseed include weight management, maintaining cholesterol levels, digestion health, and reduce the risk of getting cancer.

Unlike the psyllium husk powder, which is only used in powder form, flaxseeds can be used while not crushed. Both are rich in fiber, but flaxseeds contain higher amounts of omega-three fatty acids. The health benefits are vast for the two ingredients.

This is made from a mixture of fermented sugars with a given bacteria. The compound (sugar-like) is useful in producing medicine, especially for diabetic patients, to lower the levels of cholesterol and blood sugar. Apart from serving as a laxative, for people suffering from Sjogren’s syndrome, xantham gum works as a substitute for saliva. During the manufacturing of toothpaste and medicines, it is employed as a stabilizing agent.

Just like psyllium husk powder, xanthum plays a big role in the intestines in which it stimulates stool to be pushed through after it swells. Sugar absorption is also slowed. It helps in treating constipation due to the fiber contained.

Psyllium husk is directly from plants, while xanthan gum is fermented sugars mixed with bacteria. Both assist with digestion in the intestines easing the passing of stool. Xanthum gum is used for saliva substitute, while psyllium does not serve this purpose. Corn starch is also referred to as maize starch or cornflour. This is the starch obtained from maize grain made from the corn plant kernel. It plays a role in thickening soups and sauces, as well as making sugars and corn syrup. Being made from corn, it contains carbohydrates

Other benefits of cornstarch apart from its use in soups and bread include preventing athletes’ foot, soothing skin irritations, prevent chafing, and used to remove oil stains.

Different from psyllium husk, corn starch does not contain proteins. However, they have health benefits and are made from natural plants. Psyllium helps in lowering cholesterol levels and blood sugar levels, while cornstarch is for raising the levels.

Just like cornstarch, it has been known to be gluten-free. This is made from the cassava root and contains little amounts of fiber or proteins with high concentrations of starch. In regions of Asia, South America, and Africa, cassavas are a dietary staple and cheap to grow. It is available for commercial purposes as pearls, flakes, or white flour. It has several uses; as a thickener, binding agent, desserts, flatbread, and gluten-free bread. It does not have many health benefits though it’s important in lowering levels of blood sugar and improve insulin metabolism.

Tapioca starch contains lesser amounts of proteins, fiber, and other nutrients than psyllium husk powder. Both are extracted from plants. They serve as a great energy source and don’t cause a swift rise in levels of blood sugars. They are dried plums that are not fermented as their sugar content is high. They contain nutrients like potassium, fiber, copper, magnesium, vitamins, and manganese, which provide health benefits like healthy digestion, red blood cell formation, muscle, and bone strength, lower cholesterol and blood sugar levels.

Prunes can be made to be used in the form of juice, while psyllium is in powder form. They both help in digestion as their fiber concentrations are high together with other nutrients.

They are edible seeds with white and black spots from a certain flowering plant called Salvia hispanica. They are rich in nutrients, including vitamins, sodium, carbohydrates, potassium, omega three acids, and calcium, with crucial benefits for your health. They have antioxidants, important for digestion, help in weight loss, and reducing the risk of getting heart disease.

Just like the flaxseeds, chia seeds are rich in omega-three acids, which psyllium lack. They both have health benefits, especially on digestion, due to their fiber concentration.

It’s just almonds that are finely grounded and not milled flour. Almond flour is mostly used for cookies, bread, and airy cakes. The flour is gluten-flour, thus the best choice for people requiring diet low-carbohydrate. The nutrients contained have antioxidants, which aids in heart health as blood flow is improved. They reduce the risk of getting cancer, managing diabetes, and energy levels as it contains copper and manganese. Contrary, excessive usage of this flour might lead to obesity, and in other cases, cholesterol increases and inflammation.

Dietary fiber in both almond and psyllium is high, thus aids in easiness in bowel movements and healthy digestion. Both are made from natural plants giving better health benefits. Almond is gluten-free, unlike psyllium.