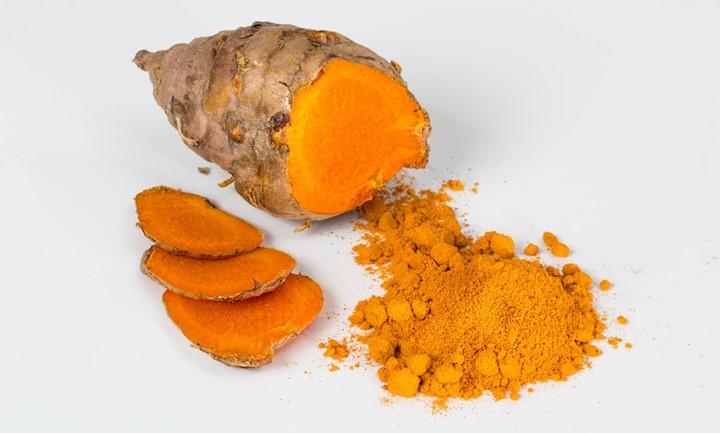 If you come from societies that love spicy foods, chances are very high that once or twice in your life you have come across a spice known as turmeric. The spice is known to be of Indian origin although it is also found in other parts of Asia and Central America. It comes in three forms, which are fresh roots, grounded powder, and dietary supplements. Turmeric is yellow in color and this makes it useful for other purposes other than supplementing meals in the kitchen. For example, there are those who have used this spice as a dye mainly because of its striking yellow color. Other benefits of turmeric include its anti-inflammatory capabilities, improves joints health, promotes the heart’s health, boosts stress tolerance, healthy weight loss, promotes healthy metabolism, brain health and prevents the risks of cancer. Additionally, turmeric has been linked to improved digestion, mood soothing and improved vitality, among other benefits. Nonetheless, the spice is known for its flavor and supplementary purposes hence the reason why it is mostly used for nutritional benefits. Despite the popularity of this product, not many know alternatives they could use in case there was a shortage of turmeric. Fortunately, this article lists and describes some of the best substitutes for turmeric that you might consider. Note that the substitutes below have almost the same uses and benefits as turmeric does. Therefore, if missing turmeric for your recipe and require urgent substitution, here are the best choices that would be suitable for you. A product with many different names across the world, Annatto is a reputable spice that is used to make some of the best dishes on our tables today. If you haven’t heard the name Annatto, most likely you have heard other names such as achiote, onoto, atsuete, and urucum. These names are not widely used as the name Annatto. However, the name doesn’t matter provided you get the actual product being referred here. In this case, the uses and benefits of turmeric are evident through the flavor that is added to the foods you cook and the red color, which can be used for dying purposes.

Just like turmeric, annatto has other benefits to users such as fighting bacteria, prevents chronic illnesses through the antioxidants, prevents bone disease, protects the liver, supports the health of the liver and importantly, supports the health of eyes. Healthcare providers also recommend annatto for wound healing. It is important to note that annatto is recommended as a substitute for its nutritional values that can prevent chronic illnesses, support healthy metabolism and its role as a dye. Consequently, Annato is suggested as the best replacement for people who are allergic to turmeric. It doesn’t have similar side effects but would offer almost the same benefits evident in turmeric. Probably the most popular spice globally, curry powder is made from a number of spices, which include turmeric as a major component. Turmeric being one of the components that make up curry powder means that this spice has almost the same benefits and uses. However, before considering curry powder as an alternative, it is important to note that it might have flavors, which are too strong. Nonetheless, the reason why it is recommended as a substitute for turmeric is mainly because of the benefits listed below.

First, it is good for reducing inflammation just like turmeric does. Secondly, this powder is linked to other benefits such as preventing cancer, aiding digestion, fighting bacteria and improving the heart’s health. Due to some of the benefits listed above such as inflammation reduction, cancer prevention and aiding digestion, curry powder becomes one of the best substitutes that you can consider as a replacement for turmeric in your kitchen. For most people who have used turmeric in the past, they can confirm that saffron is one of the highly recommended substitutes. In fact, some find saffron to be the best replacement in their kitchens instead of using the other alternatives listed above. Saffron is one of the ancient spices that are highly reputable for their great tastes. For its great quality, you will often find it selling at very high prices in the market. Despite that it’s an expensive alternative, saffron becomes your best substitute when you consider it in terms of flavor and the color you desire.

Just like turmeric, saffron is brightly yellow in color and also has a similar taste. These unique features make it a highly recommended replacement for turmeric. Some of the benefits associated with saffron include antioxidant capabilities, prevents cancer, improves the mood, aids in weight loss, improves skin health and importantly, reduces the risks of chronic illnesses and heart disease. For its bright yellow color, saffron can be used for dying purposes. Overall, saffron is a high-quality spice that is rich in antioxidants and the most recommendable of all the substitutes for turmeric. For some recipes that require turmeric as one of the components, nutritional experts have often recommended ginger as the replacement if the former is missing. But why ginger? Ginger is one of the reputable spices and best known for its taste and smell. Fresh ginger, for example, is an applicable alternative to turmeric roots while dried ginger works best as a substitute for turmeric powder. Ginger should be considered especially if one uses turmeric for medical purposes. This means that if you have other reasons for including turmeric in your recipes such as color and flavor, ginger would not be your best option. However, for medical reasons, it outweighs the other options.

Some of the benefits of ginger that would make you consider include inflammatory reduction capabilities, treating nausea, treats muscle pain, lowers sugar levels and prevents the risk of heart disease. Importantly, ginger is useful for treating chronic indigestion, prevents cancer, fights infections and lowers cholesterol levels thereby aiding weight loss. Overall, ginger has many benefits that would make it a suitable alternative for cooking and for medical purposes. Made from seeds of the cuminum cyuminum tree, cumin is a spice that is of Asia origin, particularly the Middle East and India. This explains why it is commonly used around the Mediterranean and Southwest Asian regions. It has an earthy, spicy and warm flavor. It comes in different colors but the most common colors are brownish yellow, black and white cumin. Cumin is considered an alternative for turmeric especially when the requirements for a meal include a spice with a bitter and earthy. In such situations, cumin would serve well as the replacement for turmeric. However, the two have different tastes and the colors produced by each are quite different.

Nevertheless, cumin is an important substitute due to the major benefits that you can get when using it in your cooking. First, this spice aids in digestion by increasing the activity of digestive enzymes. Secondly, it controls the levels of cholesterol in the body thereby assisting in weight control. Just like turmeric does, cumin is an anti-inflammation agent that helps in the fight against inflammatory diseases. Considering the fact that cumin contains some elements that serve the same purpose as turmeric would do, this makes it a suitable replacement that you should get for your kitchen. Paprika is a type of spice, which is known for its color and its pungent taste. The reason behind its sharp taste is the fact that it is a product of bonnet pepper and capsicum tetragona. Roasted paprika becomes a suitable alternative to turmeric for a couple of reasons. First, it has a red-orange color, which would be suitable for dying. Besides, if you are interested in food color, the bright yellow color of turmeric can be replaced by the reddish color produced by paprika.

Other health benefits include the presence of anti-inflammation agents that help in reducing inflammation, the ability to improve vision and cholesterol levels. This means that paprika is a useful product in weight management. Similarly, this spice is an important agent in cancer prevention, the prevention of chronic illnesses and controlling blood sugars. Due to the variety of compounds that make up paprika, it is a healthy spice that can be easily added to your meals. Other uses and benefits include migraine treatment, treating blood pressure, improving the skin and relieving inflammation. Although the gains of mustard might not be as many as those of the other substitutes, it contains compounds that would aid in offering some of the benefits that turmeric does.