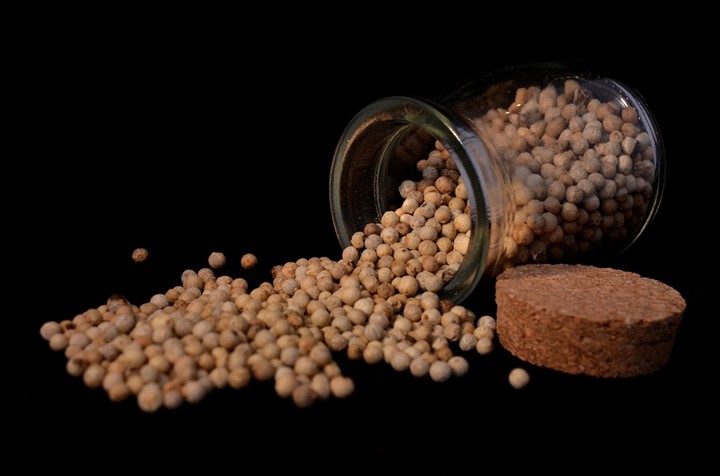 White pepper is commonly used in creams, light-colored dishes and in white sauces. White peppers are also used in a lot of French dishes for their ability to disappear in creamy sauces, but they are also a good option when you need a milder pepper flavor than you would get from black peppers. White pepper is used to a great extent in recipes for appearance only, usually in white sauces where you might not want dark specks. You can certainly substitute black pepper for white pepper, knowing that the black specks will show.

The best substitutes for White pepper are: Black peppers come from the same Piper nigrum plant as white peppercorns. They are actually the same fruit at a different stage of ripeness and that has been processed differently. Black peppers have a number of compounds not found in white peppers, with the result that they have a more pungent aroma and more heat. Green pepper is another great substitute for white pepper as it is less visible than the black pepper and retains the presentation of your dish. It is generally available in two forms; pickled and dried. It is milder in taste than white pepper, so you have to add 1 ½ teaspoon of green pepper in place of 1 teaspoon of white pepper. Ground mustard may give a yellow tinge to your sauces but it serves as a good substitute for white pepper. Its spiciness can smoothly replicate white pepper’s flavor. Ground mustard has a sharp flavor and a mild heat along with a pale yellow color. Both the color and the gentle heat make it an effective alternative to white pepper in most applications.